WeAre1: A Family of Witnesses 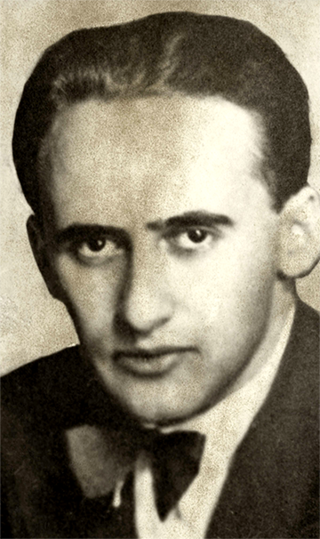 Suppose that, despite our hyper-connected age, you went on a three-month voyage on a vessel unequipped with means of communication—no Internet connection, no phones, no radio. If you had departed any time since the fall of 2016 and returned three months later, would you recognize the country you left behind?

In the early 1930s, the German journalist Heinz Liepmann wrote a book based on just such a premise. The officers and crew of a German trawler depart Hamburg the day after Christmas, 1932. Their ship has no wireless, so when they return in late March, 1933, they do not know that the Nazis have usurped power. The returning men, Socialists and Communists, attempt to come to grips with the reign of terror that Spring—the suspicion, fear, and hate perpetuated by the new regime. Some men are beaten, others jailed, and others are sent to the Wittmoor concentration camp on an island in the Elba River. Only one character escapes, hidden in the hold of American cargo ship. The book, titled Das Vaterland, and when translated into English, Murder Made in Germany: A Story of Present-day Germany, was published as a novel. It was, however, based on fact.

Liepmann's earlier books earned him a place on the Nazis' list of books to be burned. He, himself, was interned it Witmoor in April 1933. He escaped to The Netherlands where Das Vaterland was published later that year. From all over the world spontaneous tributes were sent to Liepmann, including a message from Albert Einstein.

The German government made every effort to suppress the book, instituting libel suits against Liepmann and his publishers in every country where the book appeared. Leipmann won every suit, nevertheless he was imprisoned for several months for having libeled the head of a friendly state.

The words that make Murder Made in Germany relevant to today, are "and his publishers." Our government's  indictment of Julian Assange seeks to punish him for publishing unlawfully obtained information. This has caused resounding outcries from defenders of the First Amendment. "For the first time in the history of our country, the government has brought criminal charges against a publisher for the publication of truthful information," the American Civil Liberties Union warned, "This is an extraordinary escalation of the Trump administration's attacks on journalism, and a direct assault on the First Amendment. It establishes a dangerous precedent that can be used to target all news organizations that hold the government accountable by publishing its secrets."

Liepmann did not publish unlawfully acquired government secrets. He based his story on what he observed and on his own experiences as a Jew. The book's dedication could not have been more blunt: "To the Jews murdered in Hitler's Germany." Yes, in 1933. Their fates were the concern of readers like my mother and her father in 1938. As I wrote in HOW FAR, my mother heeded Liepmann's warning and used it, as she had used books about the fate of Native Americans, to argue that her parents must buy false papers.

An appalling analogy may be made with Trump's America, if we are not careful. Will publishers simply not publish what the government wants to hide? Will whistleblowers just fade away? And will immigrants, our new scapegoats, not bother to tell of injustices because some leader doesn't like what they see?

We already know where that leads.

WeAre1: A Family of Witnesses

Thank you for this illuminating and relevant reporting––so many unsung heroes and heroines.